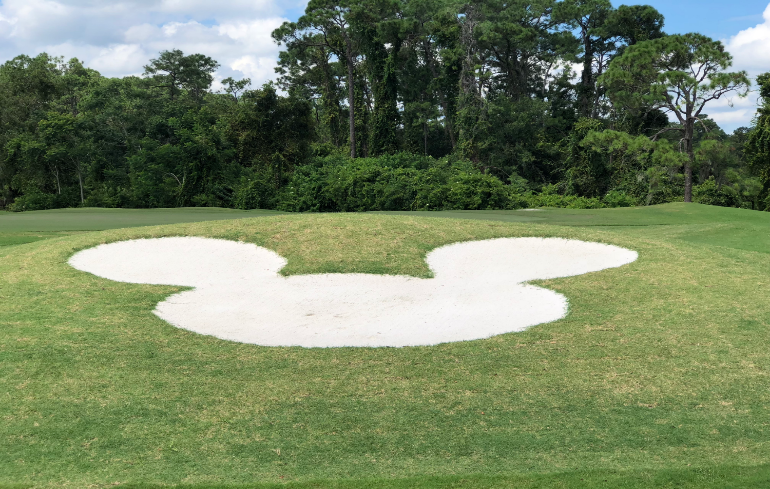 On Saturday, August 18, 2018, Disney’s Lake Buena Vista golf course re-opened for regular golf play, after a multi-week, staged closure, to allow us to work on all sand bunkers and to introduce a new Mickey shaped bunker.

During the closure of Disney's Lake Buena Vista golf course, all sand bunkers underwent a renovation, including:

There were some bunkers that were removed during the closure, in order to enhance and change the playability of selected holes.

We are very excited and pleased with the results of this extensive work and look forward to many years of great golf at all of our courses.

If you have not yet played our courses, or have not done so in some time, we invite you to join us to experience the magic of golf at the Walt Disney World® Resort, operated by Arnold Palmer Golf Management.