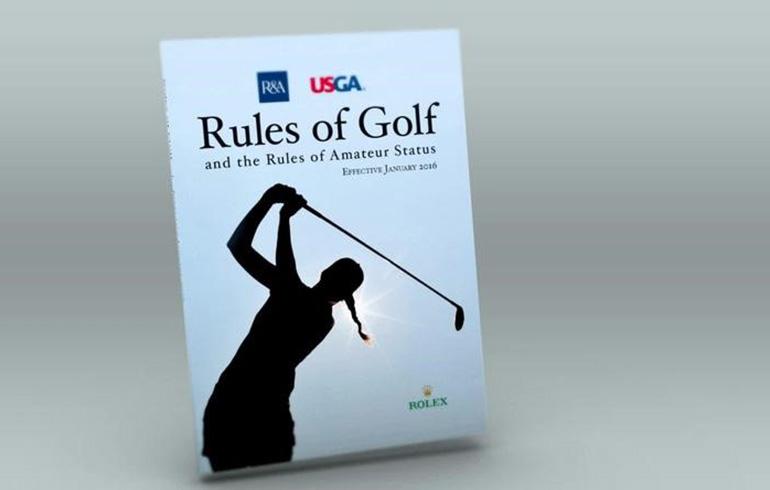 The Rules of Golf: Key Changes Coming In 2018

On December 11, 2017, the United States Golf Association (USGA) and the Royal and Ancient Golf Club of Saint Andrews (R&A) jointly announced a key change to the Rules of Golf, which will take effect on January 1, 2018, along with a new video review protocol for televised golf events.

The Rules change is implemented as a "local rule", as the next formal update to the Rules of Golf will not take place until 2019, as part of the Rules modernization process. Since both organizations and the major professional golf tours did not want to wait another year to implement the changes, they are being implemented as local rules until then.

The key Rules change is a new exception to Rule 6-6d, which pertains to a player recording a wrong score for a hole and signing their card with the incorrect score. The exception is worded as follows:

Exception: If a competitor returns a score for any hole lower than actually taken due to failure to include one or more penalty strokes that, before returning his score card, he did not know he had incurred, he is not disqualified. In such circumstances, the competitor incurs the penalty prescribed by the applicable Rule, but there is no additional penalty for a breach of Rule 6-6d. This Exception does not apply when the applicable penalty is disqualification from the competition.

Essentially, a player will no longer be penalized two additional shots for signing an incorrect score card, if the player was not aware of the rules violation when they signed their card. They will only be penalized the number of strokes for the infraction itself.

Some may recall that LPGA player Lexi Thompson was penalized a total of four strokes for improperly replacing her ball on the 17th green during the third round of the ANA Inspiration tournament, an LPGA Major, in April of 2017. She received a two-stroke penalty for the infraction itself, but then another two-stroke penalty for signing an incorrect scorecard at the end of the round, having been unaware of the initial infraction at the time. The infraction was identified by a television viewer who e-mailed it to the LPGA. Lexi did not become aware of the infraction until after playing the 12th hole in the final round the next day. At that point, she went from leading the event by two strokes, to trailing by two strokes. She rallied to tie the event at the end of regulation play, but ended up losing to So Yeon Ryu in a heartbreaking playoff.

While the USGA and the R&A implemented a new "Decision" as a result of the situation (34-3/10: Limitations on Use of Video Evidence), in an attempt to protect players in the scenario that Lexi faced, it did not fully eliminate the ability for TV viewers to communicate by phone or e-mail with the relevant golf organization to inform them of a possible infraction of the Rules.

Thus, the second change for 2018, addresses just that situation. The new video review protocol will result in the relevant event sponsoring organization no longer responding to communications from TV viewers who may notice a rules violation during a broadcast, whether live or recorded. The video review protocol will be implemented for events under the auspices of the professional golf tours that were part of the working group (PGA Tour, LPGA, PGA European Tour, Ladies European Tour and the PGA of America) and they have recommended that other organizations that run televised golf events adopt the protocol as well. During these events, one or more officials will be assigned to actively monitor the video broadcast of a competition to help identify and resolve any rules issues as they may arise. The use of video for any reviews under the protocol will still be limited by Decision 34-3/10.