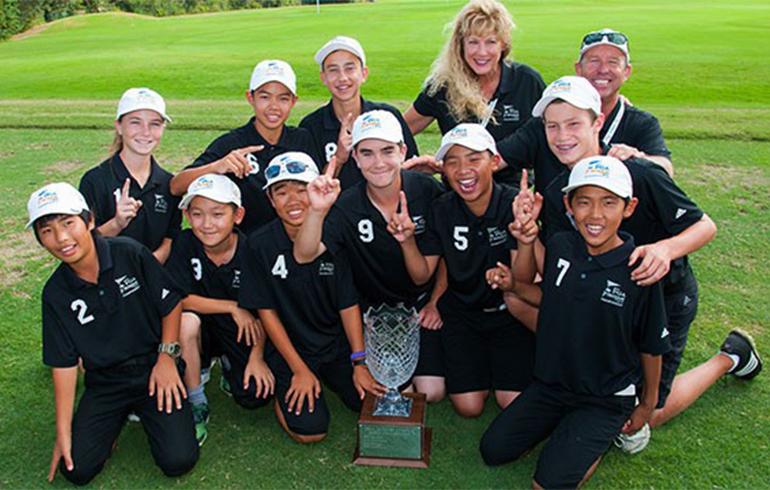 Walt Disney World® Golf, operated by Arnold Palmer Golf Management, is pleased to announce that we will again be hosting a team in the upcoming 2018 PGA Junior League Golf season.

The PGA Junior League Golf program is designed to provide a fun, social and inclusive opportunity for boys and girls age 13 and under to learn and enjoy the game of golf. The PGA Tour's Rory McIlroy and Rickie Fowler, and the LPGA Tour's Michelle Wie and Lexi Thompson, serve as official Ambassadors for the program.

Participating players wear numbered uniforms and play in a two person, scramble format over nine holes. Matches between teams are scored based upon wins, ties and losses in three-hole segments, called "flags". Family members and friends are encouraged to attend to watch the events and to support their players.