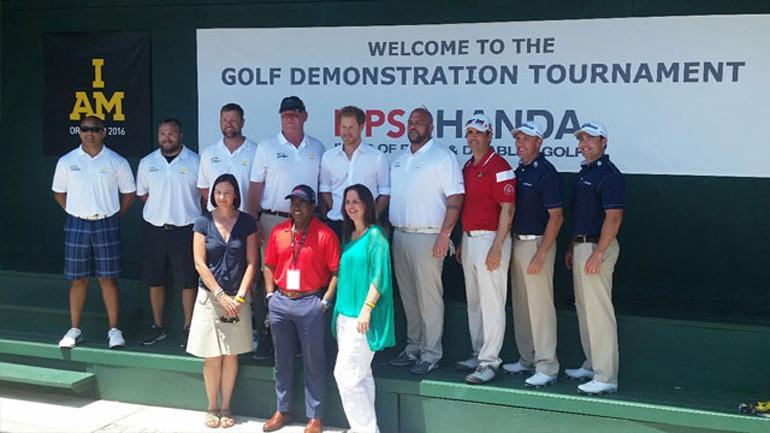 The event, which was attended by His Royal Highness, Prince Harry, followed the immensely successful Invictus Games Orlando 2016, held at the ESPN Wide World of Sports complex, located within The Walt Disney World® Resort, and was sponsored by Jaguar and Land Rover.

The event was played over 9 holes in a better ball format, where each player plays his own ball and each team takes the lower of the two player’s scores on each hole. The two-man team with the lowest score after 9 holes wins and there were both a handicap adjusted Net and Gross divisions.

We salute the courage of all the men and women who are willing to put themselves in harm’s way for a cause larger than they are. We are humbled by the challenges that our wounded warriors have faced and continue to overcome.

“I am the master of my fate; I am the captain of my soul.”
Invictus!